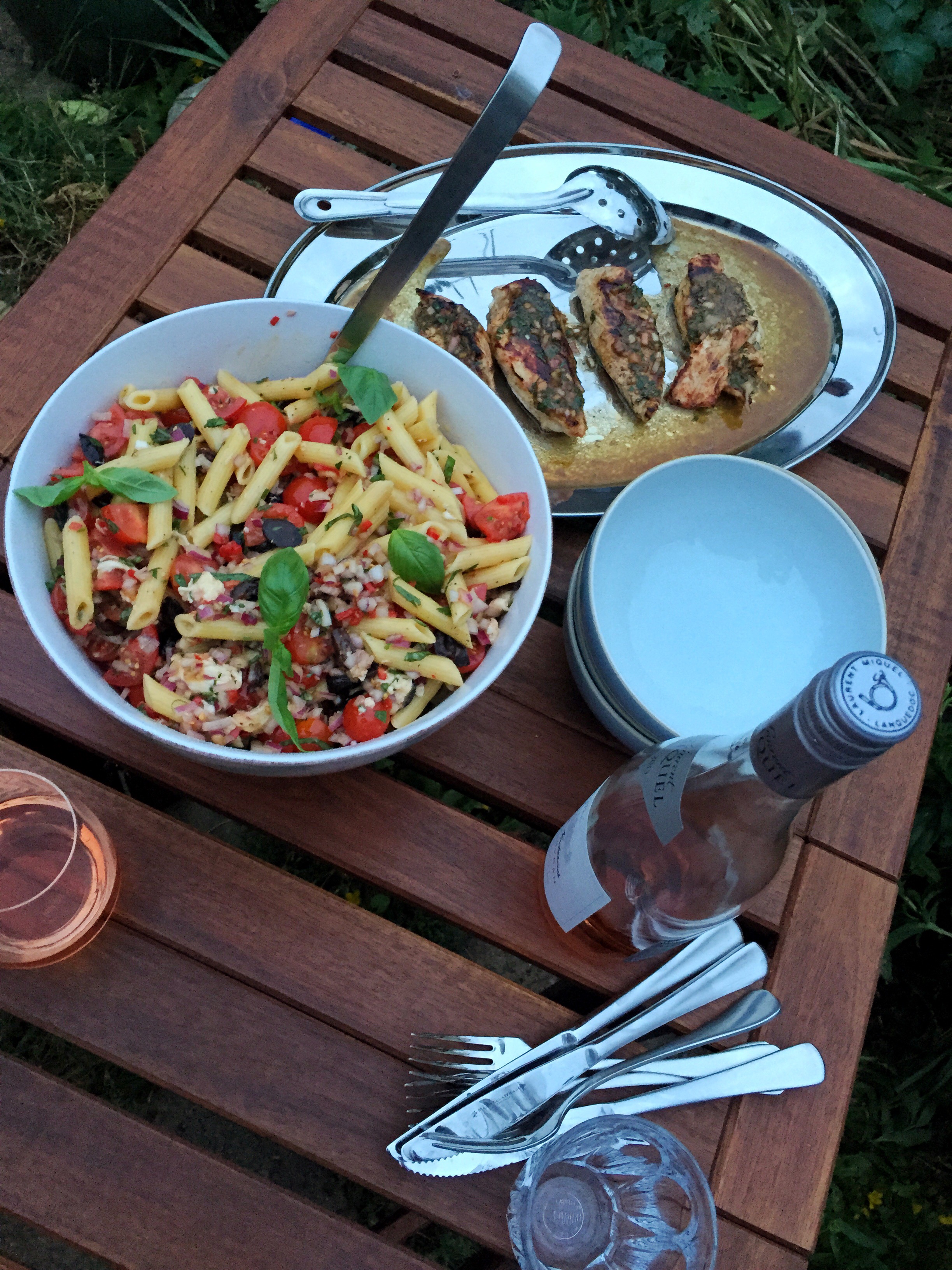 This is a pasta salad that I keep returning to and I cook it pretty much all year around, biased towards the warmer months of the year though.  It’s best in the summer when one can barbecue the chicken.

Preparing the chicken:
Start by preparing a simple marinade for the chicken. Mix one part of white wine vinegar and three parts extra virgin olive oil. Chop the garlic cloves finely and mix with the oil and vinegar. Add some chopped basil as well.
Put the chicken filets in a bowl or oven dish and poor the marinade over. Cover with cling film and leave the chicken in the fridge to marinade for an hour or so.

The butter:
Chop the shallot very finely. Mix it with the butter, vinegar and black pepper in a bowl. You can also add some pressed garlic if you want. When it’s all mixed put it on a piece of greaseproof paper and make into a roll. Put the roll in the fridge so the butter becomes more solid again.

The salad:
Finely chop the red onion. Cut the chili lengthwise and take out the kernels. Chop the chili finely as well. Cut the olives in chunks if you want. Put everything in a bowl and tear the mozzarella in pieces to put in as well. Mix everything a bit.
Cook the pasta and let it cool if you want to serve a cold pasta salad or cook it later if you want the pasta to be hot. Mix the pasta with everything else in the bowl.